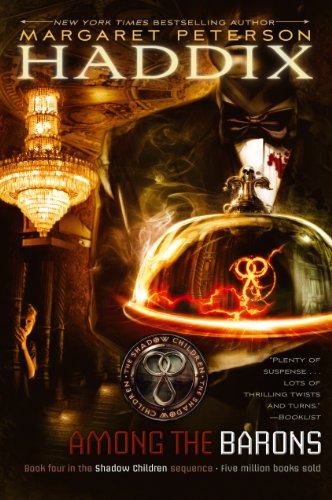 Fans of Haddix's Shadow Children series will welcome this fourth title about third-born children living under a government that restricts families to no more than two children. Still using the identity of Lee Grant, a legal (and wealthy) child who died, Luke is shocked when Lee's younger brother, Smits, suddenly arrives at Hendricks School for Boys; his world is upset further when Smits sets fire to the school and both boys are summoned to the Grant mansion. There, Luke fumbles through Baron, or upper-class, life, and gains insight into Lee's death: the government killed him after catching him running guns for revolutionaries. Luke isn't sure whom he can trust: The Grants say they want to stage Luke's death so they can openly grieve for their son, which would send Luke back into hiding, while brute bodyguard Oscar claims to be part of the "underground resistance" and tries to enlist Luke in a plan that would make Smits suffer. As with the other Shadow Children books, not all the plotting is consistent, and readers might be frustrated that the author raises more questions than she answers. Even so, the bond that forms between Luke and the alternately snotty and needy Smits is compelling, and there are enough cliffhangers and plot twists to keep readers hooked. Ages 8-12.