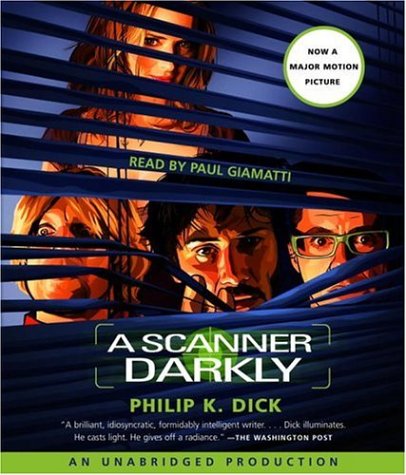 The great science fiction writer Philip K. Dick died in 1982, but his fame continues to grow—especially through films based on his work, like and . This dark but devilishly entertaining audio—read by the terrific Giamatti ( , )—offers Dick fans the complete book just in time to compare it to Richard Linklater's movie adaptation starring Keanu Reeves, Robert Downey Jr. and Winona Ryder. Giamatti is an inspired choice, managing to capture both the touching charm and the irritating obsessiveness of Dick's leading characters in a slightly futuristic version of Los Angeles: a drug addict named Bob and a narcotics cop called Fred—who might just be the same person, especially since they're both addicted to a drug called Substance D, which gradually splits the user's brain into two warring entities. Dick's book is not for the squeamish or those offended by strong language, but he and Giamatti make the degradation and despair of addiction poignant and often hilarious.