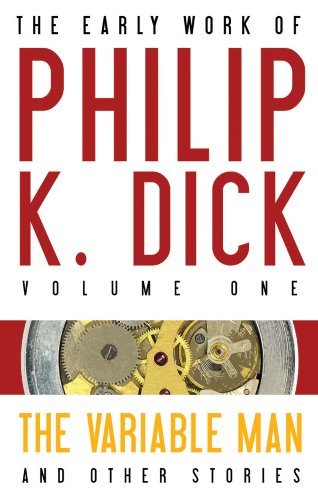 The Variable Man and Other Stories: The Early Work of Philip K. Dick, Volume One

This volume collects 15 of the earliest short publications by Philip K. Dick (1928–1982), all from 1952–1953. Though the young author is clearly finding his footing in these stories, many of the elements he developed in later works are present in embryonic form. The nature of reality is held up to question in “Adjustment Team,” while self-repairing and replicating robots populate “James P. Crow,” “The Gun” and “Jon's World.” The weak must prevail against seemingly invincible opponents in “Beyond Lies the Wub,” “Piper in the Woods” and “Souvenir,” and the prospect of total destruction looms in “The Variable Man.” Rickman provides an informative introduction and detailed endnotes on each story, which alone would make this volume worth acquiring. This collection is a must-have for PKD fans.