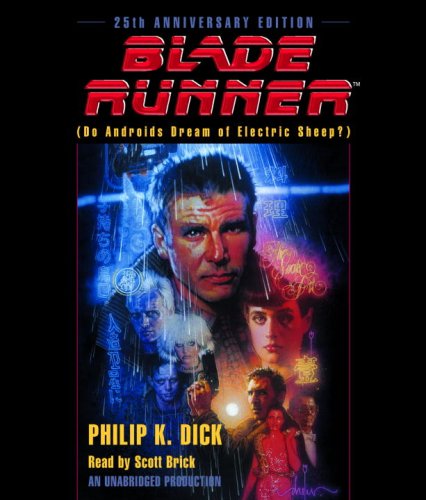 In Dick's futuristic dystopian novel, life has become a tenuous existence for those who have stayed behind after the war and exodus to other planets. Rick Deckard struggles as a bounty hunter in San Francisco to destroy a new breed of androids nearly undetectable to humans. However, he finds himself battling with empathy for the supposed lifeless beings—especially when he must team up with one to achieve his goal. Dick blends the detective story with science fiction and a bit of philosophy. Brick is a perfect match for one of Dick's most memorable novels. He maintains Deckard's grittier disposition and a range of other human and inhuman characters, but also provides the inflection and morose tones found in the story's more somber moments. Not all of his female voices are completely believable. However, one of Brick's most gifted abilities lies in his quivering voice used throughout for emphasis and mood.