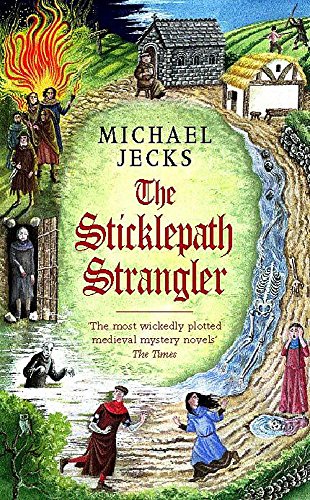 In this richly detailed tale of serial killing in the Middle Ages—the 12th in the medieval West Country mystery series—British author Jecks convincingly re-creates the atmosphere of Dartmoor, Devonshire, in the summer of 1322. When the body of a young girl is discovered six years after her disappearance, Sir Baldwin Furnshill, Keeper of the King's Peace, and his long-term friend, Bailiff Simon Puttock, investigate. They soon learn that other, slightly older girls have been found dead in the recent past, and that the much despised Purveyor to the King went missing during the great famine a few years earlier. A murder and a suspicious death occur in the midst of their inquiry, and the plot proverbially thickens. Most of the locals—including a priest who's usually drunk, a miller who abuses his wife and daughter, a cautious reeve and a treacherous manciple—are unsavory, superstitious and frequently hostile to Sir Baldwin, Simon and Sir Roger de Gidleigh, a Devonshire coroner. There are reports of cannibalism and even fears of a vampire. An introductory list of more than two dozen characters will help readers who find themselves momentarily lost amid the elaborate intrigues and concealments in a world where "superstition is a useful precaution." Jecks's fans will be amply rewarded.