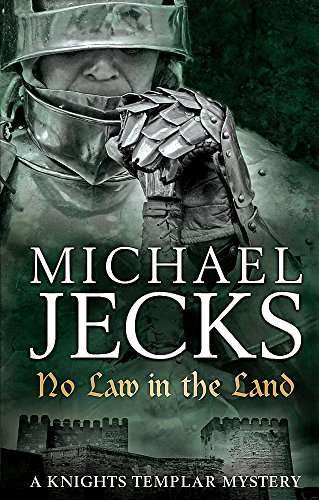 No Law in the Land

Set in the autumn of 1325, Jecks's 27th Knights Templar mystery (after July 2009's ) boasts an exciting, twisting plot. England's Edward II rules a kingdom thick with dishonest men, including his own second-in-command and confidant, Sir Hugh le Despenser. Justice is unknown, and the classes are clearly and cruelly divided between the powerful and the powerless. When a well-organized band of what appear to be outlaws slaughters a large group of travelers in Devon, Sir Baldwin de Furnshill, keeper of the King's Peace, and his friend, Simon Puttock, investigate. That a large chest of silver bound for the king was stolen is no surprise, but why are two of the murdered party's members, one a monk, nowhere to be found? The period language can be difficult in places, but a glossary and cast of characters will help keep readers on track.