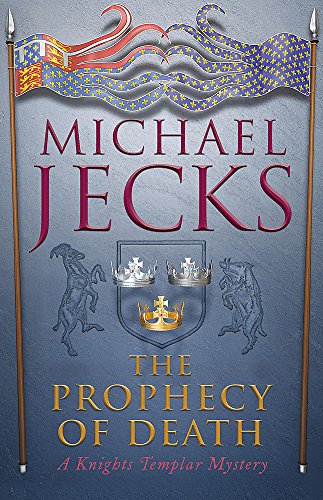 The Prophecy of Death

Set in 1325, Jecks’s solid 25th Knights Templar mystery (after 2008’s ) finds Edward II, England’s unpopular king, trying to calm his factious nobles and dispel threat of foreign invasion by being reanointed with sacred oil that, according to a prophecy, was revealed in a dream by the Holy Virgin to St. Thomas à Becket. When the oil goes missing, series hero Sir Baldwin de Furnshill and his bailiff friend, Simon Puttock, seek to recover it, traveling from Canterbury to Westminster, with various stops along the way. Since the course of action provides few hints of the unexpected ending, armchair sleuths must read carefully. Despite a somewhat thin plot and mostly undeveloped secondary characters, Jecks does a good job of evoking the brutal and tempestuous society of the period. As an authorial note suggests, he’s a stickler for adhering to the historical facts.