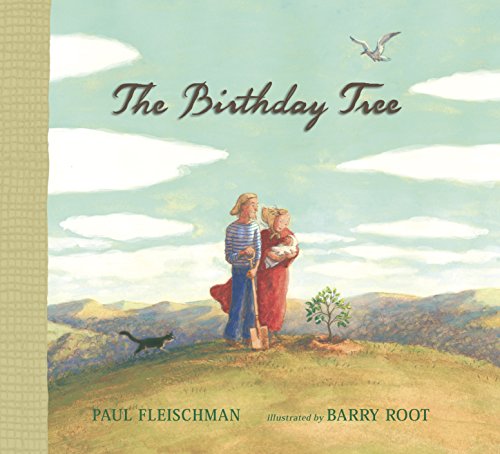 New art gives readers an opportunity to revisit Newbery Medalist Fleischman's ( ) debut book, originally published in 1979 with illustrations by Marcia Sewall. The setting is a rustic past, for which Root ( ) evokes soft hills and wide skies with calm authenticity. A sailor and a wife have lost three sons to the sea; they move far inland, build a new house and, when a new son, Jack, is born, they plant an apple tree. The tree and Jack seem eerily linked: when Jack is ill, its leaves tremble; when Jack thrives, it does, too. Years later, when Jack leaves home in the night, the health of his tree and the type of bird that nests in it inform his parents that he, too, has gone to sea. Root's vignettes of the tree, the fields beyond it and the rough-hewn furniture that waits along with the sailor and his wife for Jack's return offer comfort—until lightning strikes the tree. The quiet hopes of the parents, the russets and golds of the landscape, the vulnerability of Root's figures and Fleischman's careful writing are the antithesis of the tall tale—yet they share its mythic dimension nonetheless. Ages 4-8.