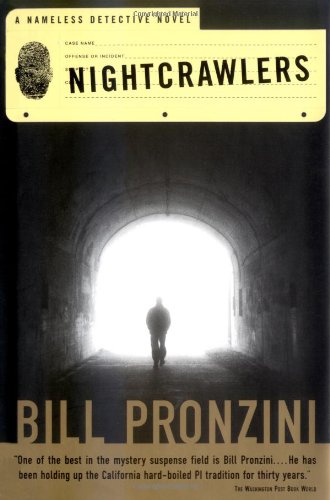 The fast-paced latest in the longest-running PI series currently published shows Pronzini at the top of his form. Nameless's beat is the mean streets of San Francisco—but it's a vastly different city from the one inhabited by Sam Spade and the Continental Op. Gay-bashers seeking a thrill brutally beat a young man ("The crack of bone breaking damn near gave him a hard-on") and stalk gay lovers in the Castro district. Enter three seasoned investigators: Jake Runyon, Tamara and "Bill" (Nameless finally has a first name). When Jake learns that the young man attacked was his son's lover, he takes on the case—on his own time and without pay, vowing to beat the night crawlers on their own turf. Pronzini handles the two main story lines and multiple, shifting points of view with aplomb while unsentimentally exploring violence against gays with understatement, righteous indignation and genuine pathos. The author's legendary pulp-collecting nameless investigator shines in a number of affecting scenes in which he visits a famed pulp writer, Russ Dancer, who's dying of cirrhosis and emphysema in a Redwood City hospital. Pronzini just doesn't get better than this.