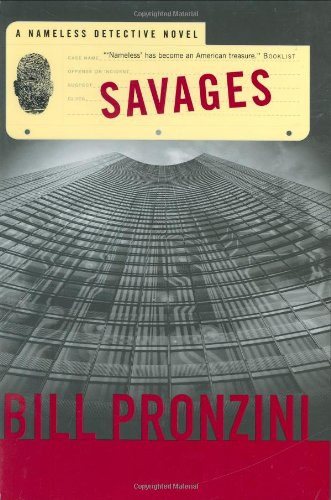 Tight writing and an unromantic portrayal of the work of a PI distinguish Shamus-winner Pronzini's solid 32nd entry in his Nameless Detective series (after 2006's ). Distracted by wife Kerry's bout with breast cancer, Nameless is reluctant to return to work in his San Francisco office, especially when a former client, Celeste Ogden, seeks to retain his services again. Several years earlier, Ogden had hired Nameless to dig into the background of her sister's fiancé, a software mogul named Brandon Mathias, but the gumshoe's close scrutiny failed to uncover anything fishy. Now, Ogden's sister has died in a fall at her home, and Ogden wants Nameless to prove that Mathias killed her. Despite a less engaging subplot in which one of Nameless's associates tracks down an arsonist, this installment is sure to please series fans.