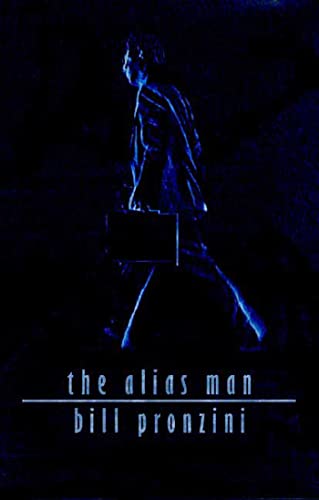 Best known for his long-running (four decades) Nameless Detective series, the prolific Pronzini centers his latest stand-alone around three angry women who have all been duped by the same bigamist con man. Known variously as Burt Cord, Allan Cooney, Frank Court or Scott Collins, he has a penchant for willowy blondes with money—he marries them, bleeds them dry, then disappears. It's a good scam that begins to unravel when the latest victim, Jessie Keene, falls for his act then has doubts about her rather odd and too-ardent lover, and the most recent wife, Morgan Cord, finds fake passports and photographs of her husband with other women. Joined by British Columbian bookseller Sarah Collins, the women nickname their victimizer Alias Man and decide to hunt him down and turn him over to the police. There's a mystery of sorts involving a thug who's also tracking down Alias, but it's all rather bloodless—literally so as the only corpse that turns up was killed by accident. All in all, the women aren't mad enough and the villain isn't bad enough to add up to much more than a mildly diverting read. Pronzini fans are best advised to wait for the next Nameless Detective installment.