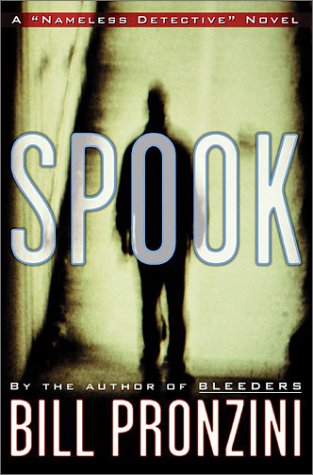 Hints of the Nameless Detective's death or forced retirement in his last book, (2002), turn out to be premature. (He isn't all that nameless, either—everyone calls him Bill. Could his last name be an Italian one ending in "ini"?) Nameless is slowing down, though, while the central plot of this 28th book in the honored series is one or two twists short of exciting. Hired by a San Francisco filmmaker to discover the identity of a gentle, spook-haunted homeless man shot to death in the production company's doorway where he camped out at night, Nameless spends far too many pages doing just that and far too few offering alternative possibilities for the murder other than the glaringly obvious one: realistic, maybe, but certainly not riveting. Perhaps building a foundation for a series without Nameless, who talks often about "semi-retirement" as he approaches 60, Pronzini gives his hero's young partner, Tamara Corbin, more to do this time out. Unfortunately, it mostly involves being nasty to her family and associates after hitting a speed bump in the road of love. A new addition to the agency staff, Jake Runyon, a seasoned Seattle investigator trying to connect with a lost son, is more appealing here. Three-time Shamus Award-winner Pronzini can still capture the sleazy underside of San Francisco's glitz as quickly and as well as anyone, so, Nameless lives—at least for one more book.