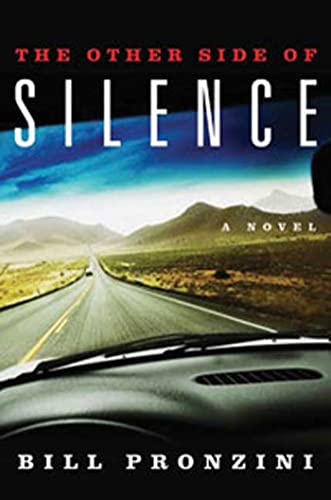 The Other Side of Silence

The client: a woman in peril. The case: a missing person. The hero: an investigator. The complication: thugs and secrets. MWA Grand Master Pronzini ( ) has used this recipe effectively for nearly four decades, including in this highly competent, if somewhat mechanical, suspense novel set in Las Vegas and California’s Mohave Desert. While camping in the desert, Rick Fallon, a corporate security officer whose marriage has finally crumbled in the wake of his son’s accidental death, comes across Casey Dunbar, who’s tried and failed to kill herself after months of fruitlessly searching for her young son, who’s been abducted by her ex-husband. Fallon empathizes with the woman, and what follows is a good old-fashioned search-and-capture mission with all the usual Pronzini virtues: a simple yet disciplined prose style; a strong, multilayered central character; and a compelling plot that builds to a nice little closing twist.