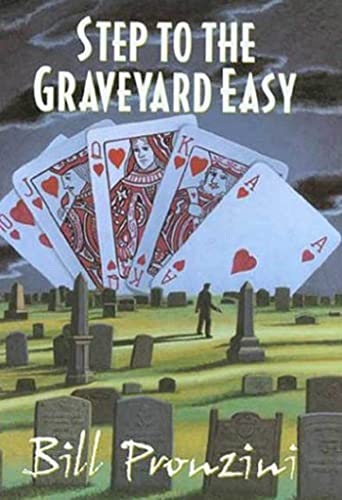 STEP TO THE GRAVEYARD EASY

This slim novel from a veteran of noir thrillers, including the Nameless Detective series, is as slick and plot driven as they come. Matt Cape is 35 and stuck in a rut: when his wife catches him in bed with another woman, he quits his job and takes to the road, leaving his old life (or lack thereof) behind. He heads south, then west, eventually landing in San Francisco, where he is fleeced in a card game by Boone Judson and his sidekick, Tanya. Cape gets his and the other players' money back, along with some mysterious photographs. He returns the money to its owners and follows the cardsharps to Lake Tahoe, where he also tracks down the people in the photos and warns them that they may be in danger. When a high-stakes poker game ends in carnage, Cape is sure that Boone and Tanya were involved, but now there's someone else in the picture, someone even more dangerous than the grifters. The police think Cape knows more than he lets on, making his search for the murderer that much more urgent. Pronzini (; ) efficiently pulls readers into Cape's world, but other characters get little fine shading. The author compensates with lean, tart dialogue and snappy pacing as Cape doggedly tries to right the world's wrongs, like a jaded Robin Hood. Though he's an ordinary man caught up in events beyond his control, he is also fearless before death and, through him, readers can act out the pulp fantasy of a good guy beating the odds.