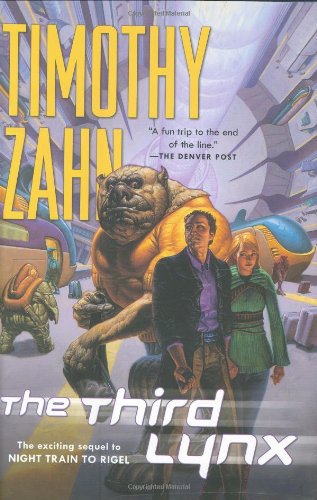 This gripping sequel to 2006's takes hardboiled intelligence operative Frank Compton and his winsome assistant, Bayta, in search of an archeological relic. They hope to protect it from the Modhri, an alien group mind who needs it for a sinister plan that could lead to galactic war. When a man connected with the relic is murdered on a Quadrail interstellar train, Compton and Bayta head off to find his nephew and his fiancée. Their quest is hampered by suspicious Inspector Morse of the EuroUnion Security Service, who seems to have an old grudge against Compton, and various hostile aliens telepathically possessed and controlled by the Modhri. Memorable characters such as Compton and Batya's wise Bellido ally, Korak Fayr; the growing intimacy between the pair; and loving details of the almost-plausible Quadrail technology lift this SF action thriller.