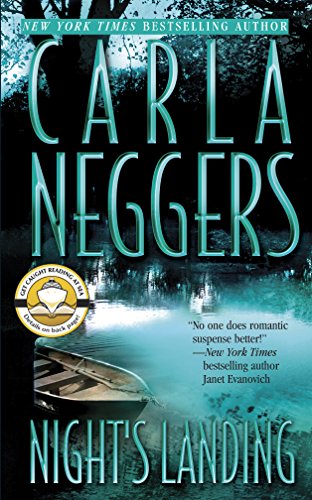 This middling romantic suspense novel from Neggers revolves around the mysterious parentage of United States President Wesley Poe, who, as an infant, had been left on the doorstep of two spinster sisters. After deputy U.S. marshal Nate Winter (brother to the heroine from Neggers's previous offering, ) and his partner, deputy Rob Dunnemore, are shot and wounded in Central Park, Nate tries to find out who would want them dead and why. He soon learns that Rob may have been the killer's primary target since his prominent Tennessee family has strong ties to President Poe, and his twin sister Sarah, a historical archaeologist, is working on a documentary of Poe's life. When a threatening letter suggests that Sarah may be next on the shooter's hit list, Sarah and Nate hole up at Night's Landing, her family's rural Tennessee home. Both the romance and mystery are lukewarm, and Neggers ties up the story's loose ends in an uninspired, journalistic fashion. However, an intriguing cast of characters—including a bottom-feeding tabloid reporter constantly lurking in the shadows, a property manager who definitely is not who he seems and an expatriate looking for a presidential pardon—lends complexity to this romantic intrigue.