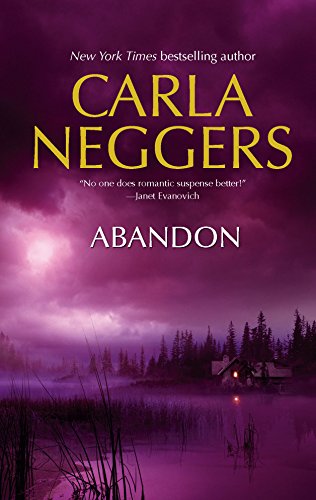 estseller Neggers fails to deliver the goods in her latest romantic suspense, producing a story seriously lacking in either chills or sparks. When rookie Dep. U.S. Marshal Mackenzie Stewart is caught off guard by an attacker with a penchant for knives, she’s afraid that the real target is her lifelong friend, federal judge Bernadette Peacham. The effort to protect Bernadette and hunt down the violent man with the “pale eyes” teams Mackenzie with an old flame, FBI Agent Andrew Rook, who dumped her after a three-week affair. Neggers doesn’t get to the crux of the story until about midway through, and the “pale eyes” attacker fails to make a lasting impression. The result is a long slog that leads nowhere in particular, and once Neggers gets to the cliffhanger, there’s nothing much to hang on to: the mystery is solved too easily and too soon, and the affair between Mac and Rook feels forced. With this lackluster title, Neggers’s fans may feel that they’re the ones who have been abandoned.