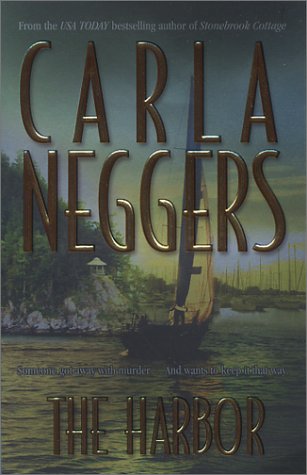 Small New England towns full of romance and intrigue are Neggers's specialty, and here she revisits characters first introduced in her previous book, . Patrick West, chief of police in Goose Harbor, Maine, is murdered following a visit to his 101-year-old aunt, Olivia. Olivia passes away after hearing of her nephew's death but not before trying to say she knows who murdered him. The murder remains unsolved, and in the year following Patrick's death, his daughter Zoe virtually self-destructs, abandoning her police career and secluding herself in Connecticut. Zoe returns to Goose Harbor after her sister Chistina calls to say that someone has broken into Olivia's house. Around the same time, burnt-out FBI agent J.B. McGrath rolls into town claiming to be on vacation. Inevitably, Zoe and J.B. team up to solve a string of inexplicable crimes that are somehow related to her father's murder. The relationship between Zoe and J.B. is well paced and believable, and a secondary thread concerning J.B.'s connection to Olivia is a nice twist. However, Neggers's supporting characters are less convincing, and her "bad guys" are little more than cardboard cutouts. Still, readers looking for a light escape will find this mildly diverting.