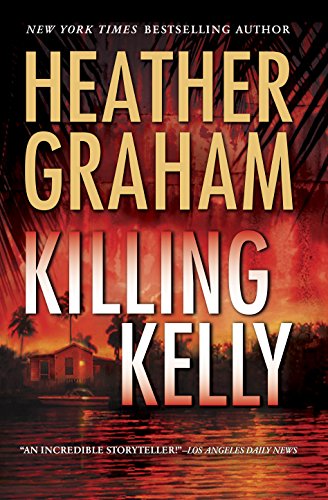 "Kelly smiled deeply at that, a full, rueful grin." "This is Sam," she said ruefully. "Sorry." Sam is a dog and maybe the only character who doesn't do rueful in bestselling Graham's ( , etc.) clunky romantic suspense tale. Soap actress Kelly Trent, who plays bitchy advice diva Marla Valentine, is given a lengthy, unsought leave of absence after a number of death threats, some near-lethal "accidents" and the murders of three real-life advice therapists. Her consolation prize is a starring role in a music video for the rock group Kill Me Quick, to promote their new song "Tango to Terror." Filming will take place on a private Florida island—Dead Man's Key. Can it be that Kelly's in danger? She doesn't think so, but her manager does. Enter Doug O'Casey, not-quite-retired private eye and tango instructor. Kelly resents his insistence that she needs his protection, but she's attracted in spite of herself. "One of the very slow, rueful smiles she found so appealing curled onto his lips." Graham introduces enough red herrings to make a seafood salad, while the ending leaves no doubt that Doug and Kelly will exchange rueful smiles forever after. Best moments: the tango scenes.