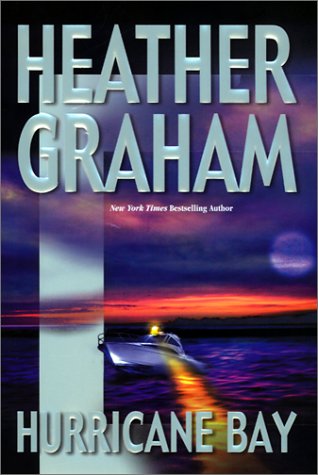 A major sea change works wonders for romance stalwart Graham (), yielding a suspenseful, sexy thriller set in the Florida Keys. Sheila Warren has gone missing; given her penchant for drugging and carousing, this surprises no one but her old friend Kelsey Cunningham. Kelsey, who has a romantic history with Sheila's old boyfriend and local PI Dane Whitelaw, confronts him when she learns he was the last to see her. Though Dane knows Sheila is dead—the killer sent him a photo of the body with evidence that would frame him for the murder—he keeps mum. Kelsey moves into the duplex Sheila shared with their friend Cindy. With the help of boatman Jorge Marti; Sheila's ex, Larry; and Dane (the only one who knows he's looking for a ), Kelsey tries to find her. The four fear that she is a victim of a serial killer known as the Necktie Strangler, but they also suspect that Kelsey's reprobate stepfather, Andy Latham, had a hand in her disappearance. Things get more complicated when Kelsey surmises that Dane is the killer; Kelsey and Cindy are attacked; Kelsey's ex, Nate, has a run-in with Andy; and Dane learns a dangerous secret of Jorge's. The latter leads to a confrontation with one of Sheila's playmates, a local drug smuggler. Though the prose often goes purple and the dialogue sags in spots, Graham builds jagged suspense that will keep readers guessing up to the final pages.