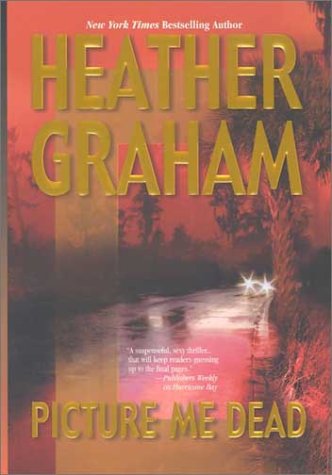 Ashley Montague, rookie cop and forensic artist, gets caught up in an investigation involving a Miami serial killer and a bizarre Everglades cult in this second hardcover by prolific romance and crime novelist Graham (). Ashley passes by a traffic accident and learns later that the pedestrian victim is an old friend of hers. The police dismiss the case as just another junkie jumping into traffic, but Ashley isn't satisfied. She sketches the accident scene, puzzled by the details stuck in her photographic memory, such as a cloaked figure on the roadside. Meanwhile, detective Jake Dilessio is investigating the case of a female body found in the Everglades. Five years earlier, Jake put cult leader Peter Bordon, believed to have been behind Miami-area serial murders, in jail. But the new body bears the same marks of ritual murder as Bordon's victims. Is it a copycat crime? Or is the wrong man in prison? Or is Bordon's cult still up to no good? Jake has always believed that Bordon was involved in the road accident that killed his partner five years ago. Is her accident somehow related to that of Ashley's friend? Sparks fly between Ashley and Jake as they pursue their shared obsession with the criminal mastermind. The fast action is neatly punctuated by red herrings and false clues. Never mind the clichés (the obsessive cop determined to catch his partner's murderer; the religious cult that's really a front for illegal activities)—Graham's tight plotting, her keen sense of when to reveal and when to tease, and her eye for the Florida landscape will keep fans turning the pages.