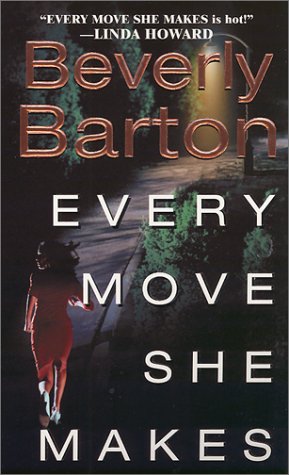 EVERY MOVE SHE MAKES

Hot, steamy nights and dark family secrets abound in Barton's (, etc.) suspenseful but somewhat convoluted romantic melodrama. When he was 18 years old, handsome bad boy Reed Conway was convicted of a crime he didn't commit—killing his abusive stepfather, Junior Blalock. Out on parole after 15 years and back in his hometown of Spring Creek, Ala., Reed is determined to find the real murderer. But it seems everyone had a reason to kill Junior, including Senator Web Porter, the man who prosecuted Reed when he was the county DA. Meanwhile, the murderer, aware of the danger posed by Reed's probing, arranges events that will put the parolee back in the slammer. Complicating matters further is Reed's attraction to Web's daughter, taciturn Ella Porter. Ella is drawn to Reed's raw strength, and together the two overcome their vastly different backgrounds, join forces and try to find the real killer. The narrative's myriad subplots—including a romance between Reed's mother and Web, and a sibling rivalry between Ella's aunt and mother—may overwhelm the reader, but the novel's sizzling sexual chemistry and high suspense will satisfy sunbathers longing for sultry poolside reading.