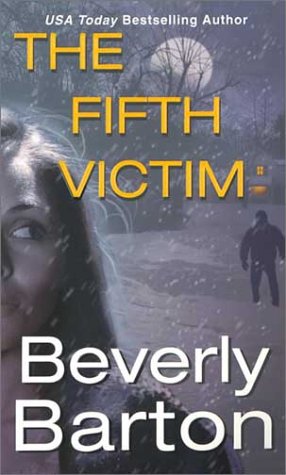 Unlike Barton's family-centered romantic intrigues (, etc.), this visceral tale fits firmly in the thriller genre, but shades of romance and the paranormal keep it from being just a slasher story. Set in the heart of the Smokey Mountains of Tennessee, the novel opens as a killer sacrifices an innocent woman and drinks her blood to gain strength. He performs these deadly rituals in sets of five before moving on to repeat the process elsewhere. When FBI agent Dallas Sloan hears of the first sacrificial murder in Cherokee Pointe, he takes a leave of absence to investigate and hopefully avenge the death of his niece, who was killed by the same murderer. Genny Madoc, a half-Cherokee with physic abilities, foresees Dallas's approach to the town, and she immediately senses that he's her soul mate. What she doesn't know is that her "sixth sense" makes her the madman's fifth target. As Genny and Dallas join forces, Barton turns her narrative lens on the community and its peculiar inhabitants, transforming this thriller into an insightful exploration of a small town. Scenes of explicit sex and violence can be jarring, but the tension and foreboding twisted throughout provide ample incentive for readers to reach the novel's chilling yet far-fetched conclusion.