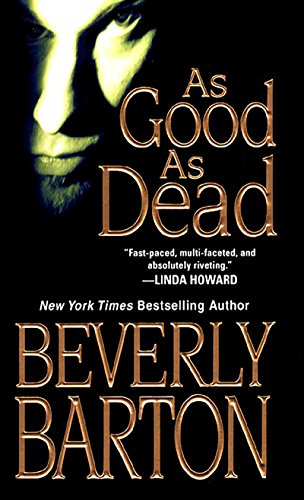 AS GOOD AS DEAD

In the uneven conclusion to Barton's Cherokee Pointe trilogy (after and ), red-haired Reve Sorrell sweeps into Cherokee Pointe, a Tennessee hamlet plagued by a serial killer who targets redheads. A snooty adopted socialite, Reve is determined to prove whether or not her wrong-side-of-the-tracks mirror image, Jazzy Talbot, is her twin sister from whom she was separated at birth. Other returning cast members include Jazzy's beloved Caleb McCord as well as psychic Genny Sloan and Genny's protective husband, Dallas. While the romantic elements suffer from predictability and lack of development, Reve's blooming relationship with Sheriff Jacob Butler, who protests loving her as much as he fights to defend her, should keep fans turning the pages. The suspense ratchets up when psychic Genny predicts danger for Reve and Jazzy, but Barton fails to maintain the story's momentum. Instead, she stuffs her plot full of sex scenes and descriptions of the killer's graphic assaults. But while the serial-killer story loses momentum, the mystery surrounding Reve and Jazzy's parentage resonates to the final scenes.