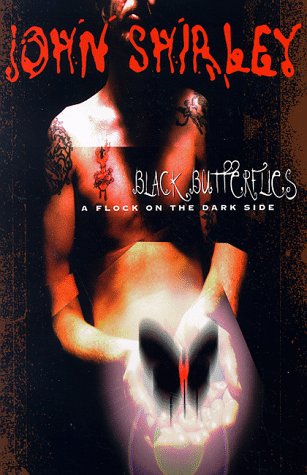 Best known as one of the founders of cyberpunk for his novel City Come A-Walkin' (1980) and as the principal screenwriter of the cult classic film The Crow, Shirley (Silicon Embrace, 1996) has a reputation as one of the darkest, edgiest, boldest writers around--a reputation that will only be enhanced by this first-rate and fierce collection of 16 stories that includes two originals. The collection is divided into two parts: ""This World"" is comprised of tales set in everyday reality, although the events, characters and themes covered are anything but ordinary; ""That World"" contains supernatural horror, dark fantasy and SF yarns. The lead-off entry, ""Barbara,"" is prototypical Shirley, a skin-crawler of a story about a woman carjacked by two punks who outwits, and outsociopaths, them at every turn. Like most of Shirley's stories, it's laid down in adrenalized, jivey yet extremely artful prose that fairly skids across the page, dragging the reader along with it into shadowed corners of terror and desire. Yet while it's thrilling, there's psychological depth in it, too, as Shirley bores into the brains of his characters, revealing the motivations of those who walk on the wild side. Shirley loses nothing when he moves toward the fantastic. A representative tale in the book's second part is ""How Deep the Taste of Love,"" in which a newly minted widower gets to explore his outre sexual fantasies, and then some, with a beautiful bar pickup. Here, as throughout this blade of a book, Shirley casts a story in which the veil of normalcy and habit is ripped away and his characters, and readers, are invited to behold the fundamental mystery of life. (July)
close
Details