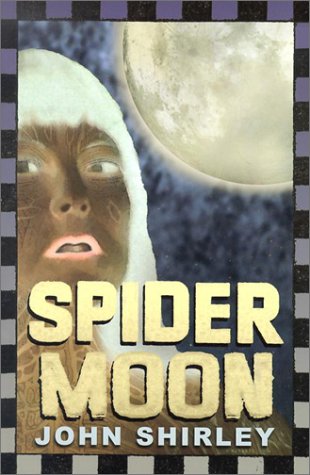 On the eye-catching cover of Shirley's latest, a full moon radiates light over the head of a young woman, probing beneath her skin to trace her veins and bones. That image captures this slim and stinging novel's effect, as Shirley () probes an array of characters, most of them criminals, to reveal their deep humanity. Things go very wrong all at once for narrator Slim Purdoux, an editor at a San Francisco publishing house just bought by an international conglomerate. During a meeting in which he's told he's being transferred to New York, he gets a call alerting him that his teenage son has just died of tainted illegal drugs. After visiting the hospital, Slim returns to work and walks into a bloodbath caused by a gun-toting, alienated employee; when the cops arrive, they mistake Slim for the killer, and he flees—determined to exact revenge on whoever sold his son the drugs. Soon he picks up four rough companions—a middle-aged black pimp, the pimp's white sidekick and his two whores (one white, one black)—offering them the dealer's stash and money in exchange for help in capturing him. What follows is a violent rush around the city in which several die and Slim gains his vengeance, albeit with the knowledge that he is running, running from some deep truth—but what? The novel vibrates with energy, but it's Shirley's ability to present without condemnation the wild hopes and shattered dreams, the raw essence of each of his characters that marks this as a novel that's not only grittily exciting but wise as well.