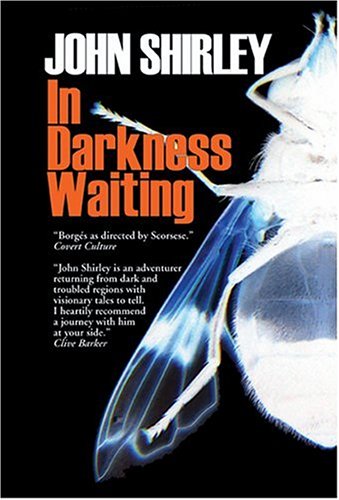 The insectoid monsters in this visceral horror novel may seem like the stuff of '50s drive-in B-movies, but Shirley ( etc.) gives them a modern spin that speaks to contemporary concerns. Gray Pilots, as they are called, are physical expressions of suppressed empathy that human carriers bury away until perceived threats to survival force their bloody emergence. A parasitic part of humanity since primitive times, they have been responsible for the worst human atrocities in history. When a psychology experiment goes out of control in remote Jasper, Ore., the town swarms with Gray Pilots, whose stings bring out the cold-blooded killer in everyone and initiate an orgy of sociopathic slaughter. First published in 1988, the novel has been updated with references to Beirut, Bosnia and Abu Ghraib prison. Shirley works a crafty variation on the smalltown horror novel, making it an effective vehicle for his dark sociological speculations, and shows that his story's worst horror is its continuing relevance.