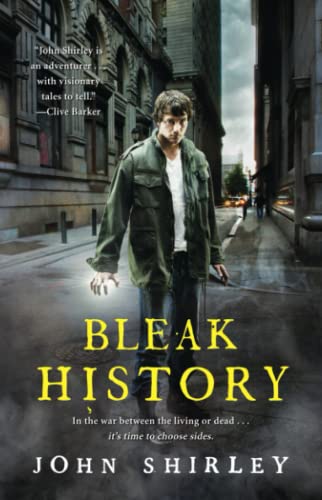 This urban occult fantasy from cyberpunk author and screenplay writer Shirley ( ) reads like the script for a bloated summer blockbuster, loaded with action, expository dialogue and stock characters. Like other members of the Shadow Community, army ranger–turned–bounty hunter Gabriel Bleak can tap into the Hidden, an invisible metaphysical realm, and conjure magical weapons and allies. After a devastating terrorist attack on Miami, the Pentagon funds a search-and-capture initiative to neutralize the entire Shadow Community. Bleak runs from government agents and heads into battle against the mythical Moloch, which threatens to throw our world into utter chaos. Steeped in its own detailed mythology, Shirley’s fast-paced romp through the occult is clever in concept but awkward in execution, with one-dimensional characters (including a painfully caricatured voodoo priestess) and telegraphed plot points that shout when they should whisper.