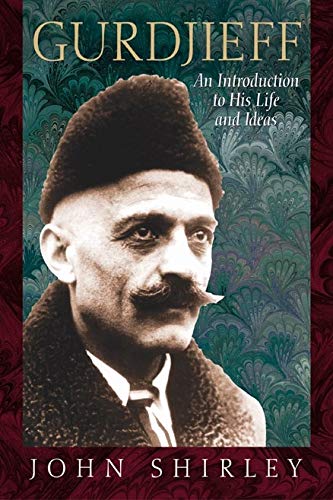 GURDJIEFF: An Introduction to His Life and Ideas

"He was a startlingly rare bird. He was like no other," writes Shirley of G.I. Gurdjieff, one of the most influential and most enigmatic spiritual masters to appear in the West. Born, he said, in 1866 in the Russian-Armenian city of Alexandropol, Gurdjieff spent his life searching for and refining an esoteric teaching that addressed the essential question: what is the purpose of life, including our individual lives? Through his own writings, music, sacred dances and other exercises, which came to be called the "Work," Gurdjieff, who died in Paris in 1949, sought to bring seekers not answers but a capacity for authentic self-realization. Drawing from Gurdjieff's own writings and accounts by his students, SF/horror author Shirley ( , etc.) describes bits of the extraordinary expeditions, adventures and experiments that Gurdjieff undertook, seeking to describe how we can learn to strip away the layers of conditioning to touch essence and more—to cultivate true being ("Real being, said Gurdjieff, is fed, and grows, each time we are sufficiently conscious; each time we're genuinely present to ourselves"). By Shirley's account, Gurdjieff's greatest literary effort, his vast and utterly original allegory , is a work of being, carefully designed to lead receptive readers to the truth inside themselves. Shirley does not pretend to be able to pack such a punch. Nor does he match the drama and emotional power of firsthand accounts of Gurdjieff, like P.D. Ouspensky's . His book, instead, reads like set of notes from a contemporary "Work"-in-progress. Nonetheless, Shirley offers a fresh, contemporary take on what may be a great man and a great teaching, a take that serves as a useful introduction.