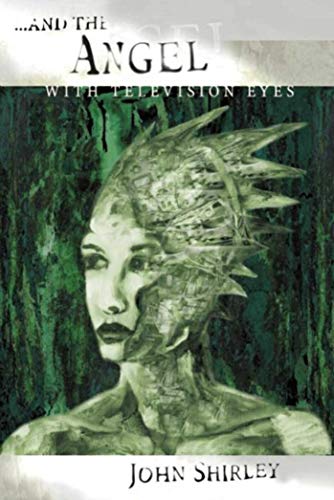 ...AND THE ANGEL WITH TELEVISION EYES

A semi-talented television actor is an unlikely channel for gnostic mysticism and pop phenomenology in this loopy dark fantasy from Shirley (; ). Max Whitman, star of a hit soap opera, is poised to claim his first serious role on the New York stage when he's overwhelmed by visions of mythical monsters and voice-overs calling him Prince Redmark. A mysterious fan named Carstairs convinces Max that he's one of "the Hidden Race," whose souls are highly developed "plasmagnomes," capable of independent, invisible life after the body's death. The plasmagnomes, which have schismed into factions that either protect or exploit humankind, manipulate the course of human events to serve their ends. The revelation awakens Max to a sense of "tucked-away worlds, living alongside one another, intertwining, and struggling in secret places each to assert its own agenda," and Shirley enhances it with adroit explorations of dualism involving Max's screen persona, a sensory deprivation tank experience and a back-talking interactive computer game. Though clever, the story disseminates its philosophy in preachy monologues that read like college lecture crib notes and suggest there may be less here than meets the eye. Still, the riot of incongruous images that Shirley plucks from our cultural consciousness to incarnate his wispy plasmagnomes adds ballast to his glib satire and shows one of the most energetic imaginations in modern fantastic fiction rising to the challenge of the material.