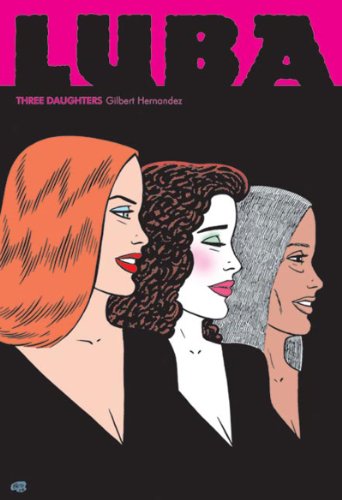 The rich emotions and passionate characters of Hernandez ; are translated to a welcome new graphic novel, which fills B-movie situations with real drama. The story tracks the harsh world of the Empress, an otherwise nameless orphan who survives a hellish existence in an impoverished environment filled with machine gun–toting survivalists, roving gangs of delinquent murderers, and vile child molesters. She is taken in by a poet who resides in an urban hellhole of a different stripe, a place rife with vice and the exploitation of human misery. The adolescent Empress becomes influenced by the intellectual challenges posed by her poet mentor and the earthier realities evidenced by a teen pimp and his “Hearts of Gold,” a trio of multiethnic whores. While briefly in control of the pimp's stable, the Empress commits an appalling murder and flees to the more “normal” confines of a Catholic home for girls, growing up to meet a lawyer who will become her husband. A brief description only scratches the surface of the story; as always, Hernandez takes his readers on a harrowing journey that examines the damage done in childhood and how it affects the individual as she moves on through life. It's heavy stuff, but highly recommended.