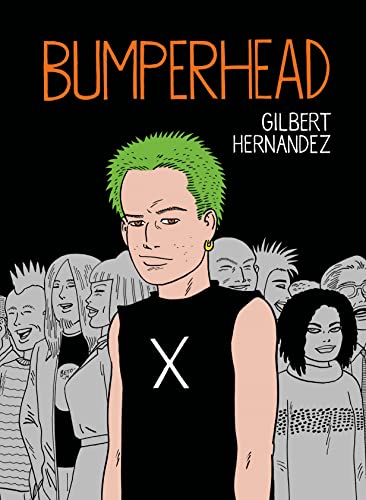 Following up on his portrait of childhood in Marble Season, Hernandez returns with this heartbreaking, ambitious, and fascinating portrayal of Bobby, a kid growing up in Oxnard, Calif. The book is broken into five parts, each focusing on a key juncture in Bobby's life, that together span the period from childhood to middle age. Bobby falls for and loses girls; he's manipulated and beaten up, then broken down and wounded by his father and his boss at the office building where he's a janitor. He is brought into and pushed out of various music scenes and groups of friends, and we're with him every step of the way; his frailties are as universal as his dreams, as revealed through first-person narration that expresses his confusion, anger, and, sometimes, joy. "When you can talk to a beautiful woman about stupid shit like UFOs then you know life is good," he says at one point. Hernandez's art is characteristically gorgeous%E2%80%94clean lines and strong contrasts, with expressive, unique characters, subtly changing as Bobby's situation does. Bobby comes to life as a sympathetic but complicated character, and the book's darker elements%E2%80%94the nightmarish sky, Bobby's father's secret down in Mexico, and the tablet owned by one of the characters that can predict the future%E2%80%94create a creepy, textured, and mysterious background to his mostly disappointing life adventures. Do not miss this delicate, heartbreaking masterpiece. (Sept.)
close
Details