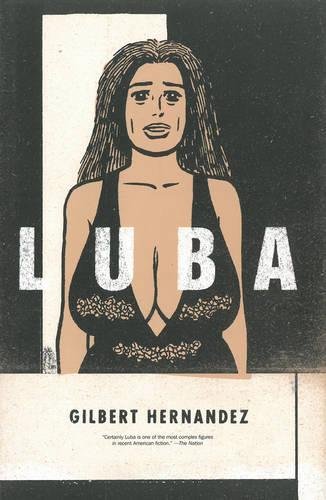 In this expansive sequel to 2003's , Hernandez gives readers a peek into the lives of the inimitable Luba and her extended family now living in modern-day Southern California. Often taking center stage is the snarky Venus, the young daughter of Petra, one of Luba's recently discovered half-sisters. Obsessed with romance comics—and in love with the much-older owner of a comic and record store—Venus tries to make sense not only of her own life but her family's complicated dynamics. Her aunt Fritzi, another half-sister of Luba and sister of Petra, is a lisping psychotherapist who goes through boyfriends like candy and embarrasses Venus by always speaking Spanish. Luba herself, working in a local immigration office, is still torn up over the disfigurement of her husband (who's still back in Central America) when he tried to save a woman from self-immolation. The backbone of the family, and also its Achilles heel, Luba is a larger-than-life personality who jumps off every page, whether she's the focus of the segment or just a background player. Hernandez collects over 100 stories here, ranging from graphic novellas to single-page episodes, with his usual dizzying cocktail of sexual intrigue, humor and soap opera–style angst.