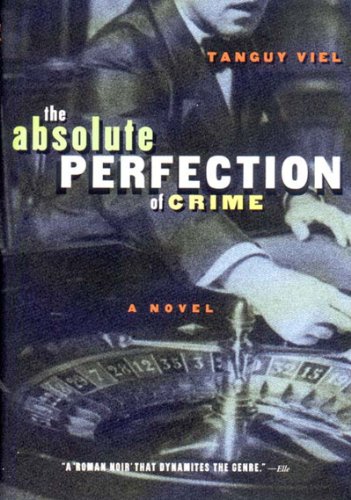 THE ABSOLUTE PERFECTION OF CRIME

Viel's English-language debut, a crime novel about a band of aging crooks who reunite to rob a casino in a French coastal town, is a small but polished gem that sparkles from start to finish. The slim volume opens with the anonymous first-person narrator meeting an old friend named Marin, just released from prison, who proceeds to give the narrator a thorough beating—for old time's sake. Marin and the narrator then get down to the business of planning a perfect crime—for old time's sake. They work with an old comrade and surveillance pro, Andrei, and a former cellmate of Marin's named Lucho, a suspicious character who refuses cognac ("we don't have fun unless we drink," the affronted narrator explains to him). The robbery commences with the narrator and a moll named Jeanne deliberately losing a large sum so that they can complain and distract management. Viel does a superb job of establishing a tense atmosphere, writing in long, stream-of-consciousness sentences with staccato rhythms ("In my memory the scene lasted an hour, but in reality five minutes, the alcohol, the concrete, the frowns and our glances pulling tight the drawstring of our fear"). He also pulls off stunning plot twists as several members of the team unveil hidden agendas. The wry old tough guys are familiar figures, of course, but Viel's toast to Hollywood noir and mob movies is crisp and deftly plotted—a treat for crime fiction fans.