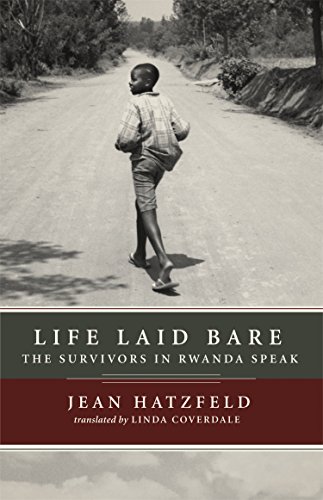 French journalist and war correspondent Hatzfeld offers brief, pithy accounts of 14 survivors of the three-day Rwandan genocide of 1994, in which 10,000 Tutsis seeking refuge in churches were slaughtered by machete-wielding Hutus. The survivors describe both devastation, as “neighbors with whom [they] used to chat” became executioners, and the degradation of later being marginalized by Rwandan society. Announcing their presence with “whistles and songs,” the Hutu killers arrived regularly in the morning and left in the late afternoon, their violent sprees corresponding with victims' efforts to “hide the children in small groups under the papyrus” at sunrise, and to emerge from hiding places in the marsh “when the killers had finished their work” at sunset. Even though each account tells the same harrowing story, each voice is unique. Bringing cumulative power to what, in lesser hands, might have been a random collection of historical accounts, Hatzfeld's wrenching collection compels an active response to the genocides occurring today.