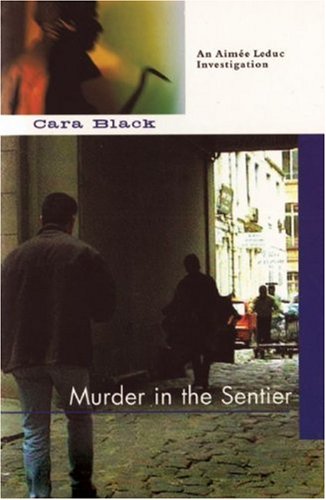 MURDER IN THE SENTIER: An Aimée Leduc Investigation

After completing Anthony Award–nominee Black's third Aimée Leduc mystery, those who haven't read the first two in the series— and —won't rest easy until they've devoured the earlier volumes as well. One of the best new writers in the field today, Black sets her novels in a Paris so real one can hear and smell the street. Her characters are just as real, in particular her heroine, the daughter of an American, Sydney Leduc, who disappeared when Aimée was eight years old, and a Parisian cop, Jean-Claude Leduc, who was murdered and from whom she inherited a detective agency that specializes in computer security. Aimée has always wanted to know the truth about her missing mother, so when she gets a phone call from a woman with a German accent claiming to have known her mother—in prison—she agrees to meet the mysterious caller in the Sentier (the garment district). Back in the '60s, Sydney was involved with a gang of young terrorists. Some of them kidnapped a wealthy man and looted his home of bonds and art works. A former gang member knows the location of the treasure, and another is stalking the survivors of the gang, killing them off. What did her mother have to do with these people? How guilty was she of their crimes? And is she still alive? This is the stuff of a thoroughly engrossing story that's never less than compelling. The subtly sinister jacket photo of a Parisian street scene perfectly captures the spirit of the text.

To Paris and the Moon