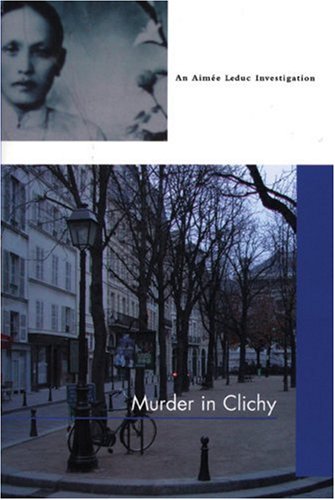 A small act of generosity leads to murder in Anthony-nominee Black's beguiling fifth outing for savvy and sensitive Parisian PI Aimée Leduc (after 2003's ). Still reeling from injuries sustained in her previous adventure, Aimée agrees to help a middle-aged Vietnamese nun, Linh, by delivering an envelope to Thadée Baret. When Aimée meets Thadée for the drop-off, he hands her a bag of precious jade; soon after, an unseen gunman murders Thadée. Who was Thadée? Why did he give Linh the jade? Who wanted him killed? Once it becomes apparent Aimée is involved in something bigger and more dangerous than at first seemed the case (a government surveillance team threatens her; her partner, René, is kidnapped), even more questions arise. Readers may feel in the dark at times, and it's consoling to know that Aimée is often just as baffled. As usual, the author renders the city in dazzling detail. She paints an especially rich portrait of the curious Clichy neighborhood, a district made up of "Aristocrats with before their name," and "immigrants with - , , or at the end of their names." Weaving culture, history and suspense, Black scores again.