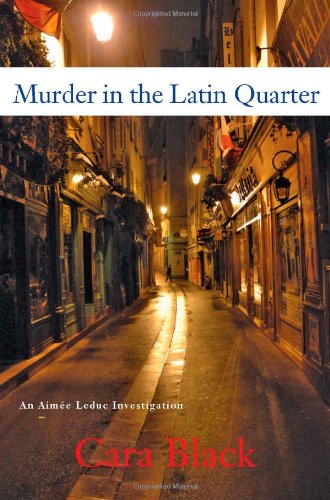 Murder in the Latin Quarter

Two weeks after Princess Diana's death in Paris in 1997, an illegal Haitian immigrant named Mireille walks into Aimée Leduc's office, claiming that Aimée's late father was also her father. Before Aimée can learn more, Mireille disappears, leaving only a cryptic note with an address in the Latin Quarter, the setting for Black's twisty ninth Aimée Leduc investigation (after 2008's ). At the address, an old building housing a comparative anatomy research facility, Aimée finds the corpse of a well-dressed black man with his ear cut off. The complex plot, which involves Haitian politics, history and culture as well as world trade and geopolitical corruption (not to mention Aimée's quest to discover if Mireille is really her half-sister), at times threatens to overwhelm the book. Still, Black creates an indelible portrait of a Parisian neighborhood as she explores how the past continues to collide with the present, with unpredictable and far-reaching results.