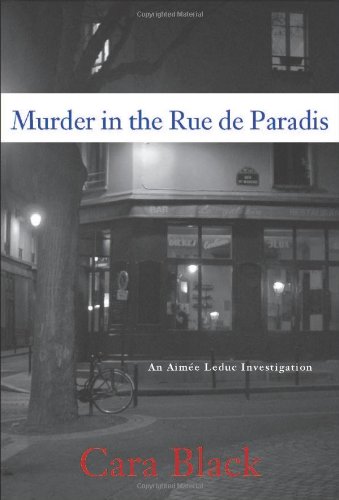 Murder in the Rue de Paradis

In Black’s riveting eighth Aimée Leduc mystery (after 2007’s ), Aimée reconnects in the summer of 1995 with a former boyfriend, investigative journalist Yves Robert, while Paris still reels from the St.-Michel Metro bombings. But after a romantic evening when Yves even proposes marriage, Aimée is shocked to be called in to identify Yves’s body at the morgue. Believing he was working undercover, Aimée ignores the sanitized police report and enlists her partner and best friend, René Friant, to help solve Yves’s murder. Her investigation ignites a chain reaction that reveals assassination plots, informers and secret contracts surrounding the strained relationship of a militant Turkish group and the Kurdish Labor Party, all leading back to Yves. Aimée Leduc, smart, spirited and sassy, takes the reader on an action-packed ride fueled by the hidden secrets of her beloved Paris.