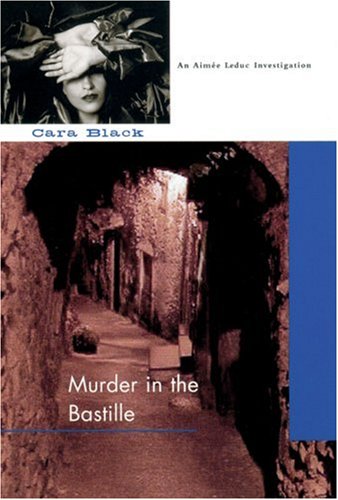 MURDER IN THE BASTILLE

PI Aimée Leduc is in the dark not only figuratively but literally after a mysterious attack leaves her blinded at the start of her fourth absorbing Paris mystery (after 2002's ). Aimée and her partner, computer expert René Friant, face dual dilemmas as a client's recalcitrance to comply with a court request coincides with Aimée's misfortune. The diminutive René must become the eyes of the team while Aimée makes do as best she can with her other senses. Meanwhile, with her attacker still on the loose and the police off on a wrong scent chasing a serial killer, Aimée remains a vulnerable target. Black loads her plot with Eastern European thugs, aggressive developers and other familiar villains, but she compensates the reader with the rich ambiance of Paris as well as a realistic and moving account of Aimée's coming to terms with her new condition. Some readers may be annoyed by the use of French words and phrases not obvious from context, but for the rest of us these authentic touches will be as welcome as the fresh butter on our morning croissant.