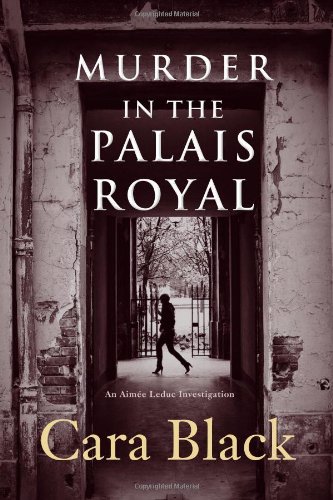 Murder in the Palais Royal

Before Aimée Leduc can go to New York to meet a previously unknown brother at the start of Black’s solid, if less than suspenseful, 10th mystery to feature the Paris PI (after 2009’s ), dogged Inspector Melac arrests her for the nonfatal shooting of her partner, René Friant. A woman impersonating the stylish PI entered the Leduc Detective office and shot René with a Beretta. Someone, Aimée decides, is trying to frame her. Improbably, Aimée gains her release by pulling strings with her godfather, Commissaire Morbier, so she can investigate on her own. The trail leads her to Cardinal Richelieu’s former Palais Royal, where bistro waitress Clémence Touvier schemes to blackmail the prominent mother of a neo-Nazi arsonist whose accomplices Aimée helped convict. Clémence’s strangulation in the Palais arcades ups the ante. In the end, Aimée must confront dark revelations about her fugitive mother, who may have a part in the sinister plot against her.