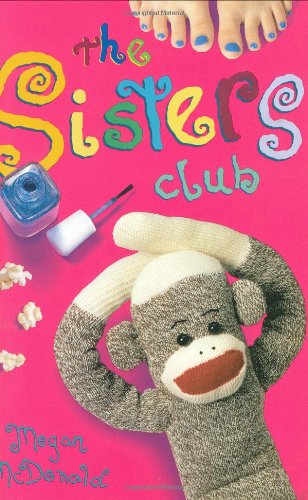 The creator of the Judy Moody novels introduces a trio of similarly spunky girls, three sisters—ages eight, 10 and "123/4"—whose parents are both actors. Their mother lands a job as the host of a TV cooking show (though she has no culinary skills) and their father spends much of his time creating sets for a local theater. In this novel divided into four acts (plus an intermission), the three siblings take turns playing the role of narrator. The eldest, aspiring thespian Alex, offers her take on the goings-on through scripts sprinkled with sometimes acerbic asides. Joey, the youngest, relays her side of the story through chatty notebook entries, which include such sidebars as a list of her favorite stuffed animals and the reasons why she loves Jell-O. Occupying center stage is Stevie (whose only acting experience to date was a short, disastrous run as a human piñata) who reveals her fears that her position as middle child renders her invisible and calls herself "." Yet her father likens her to the vanilla middle of an Oreo ("You're the creamy center of the cookie that holds it all together. You're the glue"), and she proves him right. Stevie assumes the role of family chef (with comically calamitous results), acts as peacemaker and fills in for Alex on stage when she breaks her foot mid-performance. Featuring many madcap moments, McDonald's family comedy is both affecting and believable. Ages 10-up.