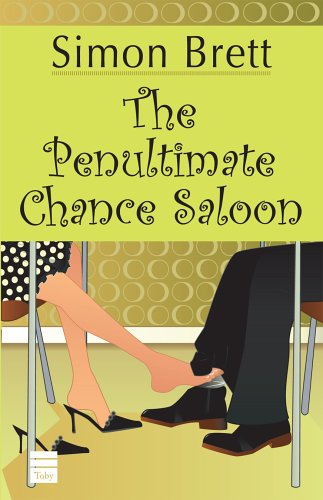 In this comedy of sexual manners from prolific British author Brett (the Charles Paris mystery series, etc.), a man closing in on 60 experiences a "second adolescence" after he unwillingly agrees to divorce his wife of 40 years. Bill Stratton, a semiretired television news reader and bestselling author of humor books, is stunned when his self-righteous wife, Andrea, leaves him for a doctor named Dewi. But when Bill realizes that his minor celebrity translates into currency on the dating market, he plunges into promiscuity, beginning with a one-stand stand with the willing Maria (a setup courtesy of his agent, Sal Juster), and continuing with a parade of women he mostly meets at speaking engagements. An encounter with a 20-something who collects Disney figurines confirms his preference for women his own age—wrinkled skin and dentures become the touchstones of Bill's odyssey of discovery. Brett's sublime joke here is that Bill's very late sexual awakening is actually a coming-of-age story. Will Bill settle down with Andrea's old friend Ginnie, the cool voluptuous colleague Caroline, or continue to play the field? Brett's answer is incidental; what matters to randy, ruminant Bill and the reader is the pleasure of the journey.