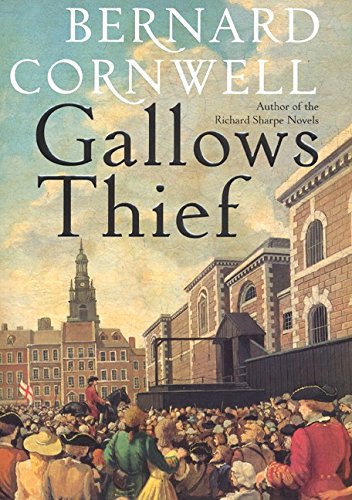 Fans of Cornwell's gallant up-from-the-ranks rifleman, Richard Sharpe, will welcome the upright Captain Rider Sandman, a veteran, like Sharpe, of Waterloo and the Peninsula campaign, in a mystery that highlights the horrors of capital punishment in Regency England. Compelled as a civilian to play cricket to earn a bare living in the wake of his disgraced father's financial ruin and suicide, Sandman can hardly refuse the Home Secretary's job offer of looking into the case of Charles Corday, a portrait painter convicted of murdering the Countess of Avebury. Since Corday's mother has the ear of Queen Charlotte, someone has to go through the motions of confirming Corday's guilt before he goes to the scaffold. Sandman, though, soon realizes that the man is innocent, and to prove it he has to locate a servant girl who was a likely witness to the countess's murder and has now disappeared. Sandman's investigation leads him to confront the corrupt and decadent members of London's Seraphim Club, but fortunately his reputation as a brave battlefield officer turns into allies any number of ex-soldier ruffians who might otherwise have given him trouble. The suspense mounts as Sandman must race the clock to prevent a miscarriage of justice at the nail-biting climax. An unresolved subplot involving our hero's ex-fiancée, who still loves him despite his fall into poverty, suggests that Sandman will be back for further crime-solving adventures. Traditional historical mystery readers should cheer.