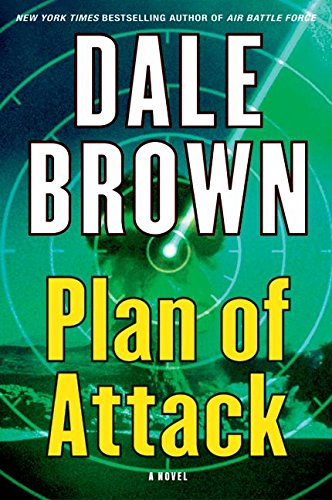 Longtime series hero Maj. Gen. Patrick McLanahan takes to the air again in this rousing-as-usual techno-military thriller by veteran Brown. Always the loose cannon, the general has been demoted and reassigned after sending his unmanned robo-planes against a Russian missile battery without permission. As narrated in Brown's last book, , the Taliban military, chased out of Afghanistan by American troops, has invaded Turkmenistan. The Russian Federation, reacting to the invasion and overthrow of the Russian-backed government, sends an occupying force. The Americans are part of the U.N. peacekeeping mission when the Security Council issues orders for all parties to halt military activity. The first third of the book relates the backstory and ramps up readers on all the new military hardware. Each weapons system is minutely described, and the characteristics of its employment lovingly detailed. But this minutiae fades into the background as Brown kicks on the after-burners when the nefarious president of the Russian Federation, Gen. Anatoliy Gryzlov, plans a long-range bomber attack on the U.S. mainland. The disgraced but unbowed McLanahan must convince the government and the armed services to follow his ingenious and daring plan to halt the Russian assault. The resulting battles, both in the air and on the ground, are riveting, as they are in all of Brown's books, proving once again that he is the grand master of his genre. Readers who are new to the series would be advised to dive in several novels back ( ; ; ), while those who are already up to speed can look forward to another pulse-pounding, fact-filled read.