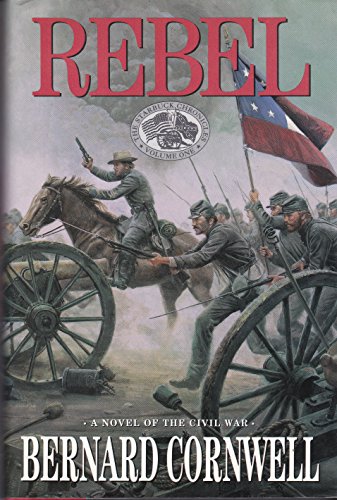 First in a projected series, this brisk novel by the popular author of Sharpe's Devil follows the adventures of Nathaniel Starbuck, the rebellious and discredited son of a famous Boston abolitionist preacher. Nate flees the North after helping a femme fatale steal money she claimed was hers, winding up in Richmond as Fort Sumter falls and the Civil War begins. Unable to return home, distrusted by Southerners because of his parentage, Nate is taken under the wing of the mercurial and megalomaniacal Washington Faulconer, obsessed with building an independent army, answerable only to him, to fight for the Confederacy. Spanning the period from Sumter's capitulation in April 1861 to the First Battle of Bull Run in July, the book is well paced and filled with the historical details genre fans demand. Cornwell is at his best in action sequences like Nate's near tar-and-feathering and the riveting climactic battle, which are described in taut, gripping prose. Cornwell's clear affection for the Old South in all its aspects will put off some readers, but his highly entertaining novel will appeal to many, especially in the South. 50,000 first printing; $70,000 ad/promo; author tour. (Feb.)
close
Details