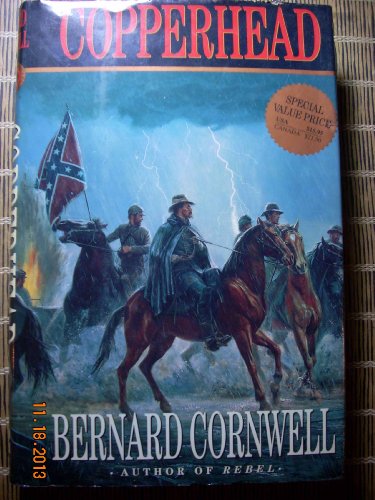 In the second volume of the Starbuck Chronicles, Cornwell surpasses his wonderful series featuring a war-crazed 19th-century British officer ( Sharpe's Devil , etc.) and even mainstream thrillers like Crackdown . Many believable, three-dimensional characters, including such historical figures as Jefferson Davis and George McClellan, walk, run, gallop and sometimes stumble through the Union's 1862 campaign to capture Richmond. Captain Nate Starbuck, who escaped from a fire-and-brimstone Boston preacher of a father to fight for the Confederacy in Rebel (which will be simultaneously released in paperback), here finds himself mistakenly jailed as a Yankee spy. Freed and sent across the lines as a double agent, he eventually returns to an uncertain future with the Confederates. Although it features more non-battle machinations--mostly tangled family relationships--than the Sharpe series, this novel also captures the ``sheer joy'' of war: Starbuck is ``a soldier born to the dark trade.'' Cornwell masterfully depicts battle scenes and the dithering torpor of McClellan's campaign, but he also vividly portrays America's 19th-century religious fervor and Jefferson Davis's inaugural. Richard Sharpe's middle-aged son appears, as does a splendid villain aptly named de'Ath. This is a rollicking treat for Cornwell's many fans. $75,000 ad/promo. (Jan.)
close
Details