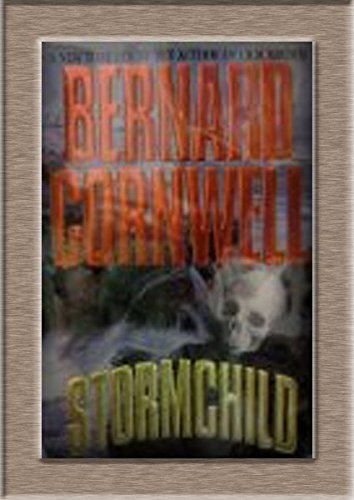 Cornwell's fourth seagoing adventure ( Wildtrack ) features boatyard owner and solo globe-circler Tim Blackburn, devastated when his wife is killed by an explosion in the English Channel. Tim has already lost his son, who was murdered by IRA terrorists, and his daughter, Nicole, has joined a band of eco-activists led by charismatic, slightly sinister Caspar von Rellsteb. Tim is convinced that von Rellsteb plans to have a brainwashed Nicole hand over her inheritance to his group, Genesis, and, after a period of mourning, he tracks von Rellsteb to Florida, where Genesis is disrupting a environmentalist convention. Tim meets Jackie Potten, a mousy young American reporter certain that Genesis is a fascistic group and a big story. Eventually Tim and Jackie team up to sail the steel-hulled sloop Stormchild to von Rellsteb's island base off the fierce Patagonian coast of Chile. Cornwell unleashes danger and violence, from both man and nature, and terrible revelations before a lethal confrontation off Cape Horn. Lots of sailing action--which may confuse some landlubbers--and a nice, quirky love story round out this page-turner. Cornwell also wrote the Sharpe series. (Oct.)
close
Details