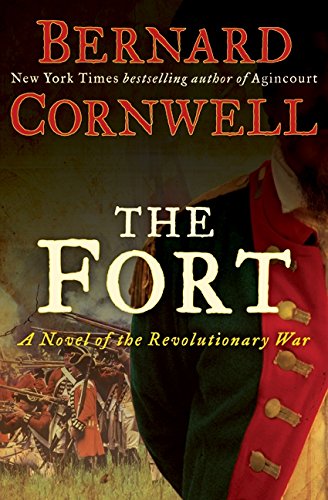 In a slight departure from his usual sword and musket epics, Cornwell (Agincourt) delivers a straightforward fictionalized account of a disastrous 1779 American military campaign in today's Maine (then Massachusetts) that's heavy on historical figures and tense battle scenes. After the British establish a fort on the Penobscot River, the Massachusetts patriots mount an expedition to oust the redcoats. Unfortunately, the campaign is poorly planned and ineptly executed, pitting an ill-trained and undisciplined force against experienced British soldiers and the Royal Navy. The commander of the American land force is Gen. Solomon Lovell, a useless and dithering Boston politician, and the American navy is led by Cmdr. Dudley Saltonstall, an obstinate officer who refuses to risk his ships. Then there's Paul Revere, artillery commander and shameful yellow belly. In fact, the only American officer with any spirit for a fight is a former schoolteacher, Gen. Peleg Wadsworth. This is a rousing yarn of clashing personalities, crashing cannons, and lively musket and bayonet work, along with spies, cowardice, and moments of incredible bravery. Cornwell presents a fascinating, accurate, and exciting history lesson enlivened with a generous blast of gun smoke and grapeshot. (Oct.)
close
Details