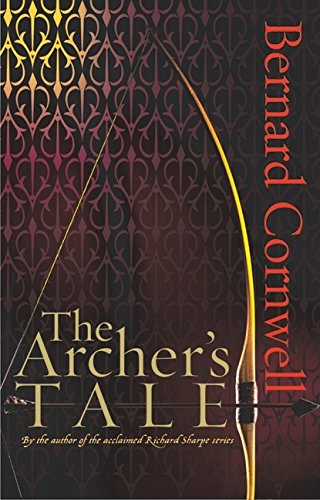 The young archer Thomas of Hookton joins the forces of King Edward III to fight against France in Cornwell's latest, which takes place in the mid-14th century at the beginning of the Hundred Years War. Thomas, a brilliant, handsome warrior who combines physical strength and skill with the bow, survives the pillaging of his village to become an archer and then rescues a female counterpart known as the Blackbird after she's nearly raped by Sir Simon Jekyll during one of the troop's raids in France. The nobleman becomes Thomas's chief rival as Jekyll continues to pursue the Blackbird, and Thomas is finally cast out of his unit after failing to kill Jekyll in an ill-conceived assassination attempt. He recovers to join and couple with the Blackbird, making his way through France and parlaying his skills into a royal pardon even as his opportunistic partner leaves him for the libidinous Prince of Wales. The three members of Cornwell's romantic triangle eventually meet during a huge climactic battle at Crécy, where Thomas must face up to a demanding family legacy involving a quest for a special lance. Cornwell has been down this path many times before, and he's a consummate pro when it comes to plying the tried-and-true combination of heroic characters; a fast-moving, action-packed plot; and enough twists and turns to keep the narrative from lapsing into formula. He uses his historical expertise judiciously as well. This book mark the beginning of a promising new series that brings an intriguing period to life.